The heady promises of the 90s, w.r.t to the internet, and how it would bring greater openness and understanding, came to nothing, and gave us the dystopian social-media-verse we live in today.

But this is less surprising when considering a similar count of optimism, roughly a century ago this year, about radio.

Here is a look back at a NYTimes editorial from 1923, on “wireless telephony“:

Mr. William Dubilier, a “pioneer-expert” in wireless telephony, has said: “By 1950, isolation should be a thing of the past.”

Throughout the world, not only the leading or intellectual classes, but also the individuals of each nation should soon become better acquainted, not only with the mass characteristics, but also with the individual characteristics of other nations; and as mutual comprehension is thus extended, so, too may be more and more propagated the knowledge and the principles which must underlie any permanent system of universal peace.

I found myself listening to this recently:

This is the ambient electromagnetic signal of our Sun and Neptune which have been combined with each other and then deepened and smoothed out quite a bit.

Now I don’t know how exactly this audio version was derived, but … hey, it works for me for my “white noise needs” (certainly well enough to consider cancelling my Brain.fm subscription, more so because I’m consolidating subscriptions these days and trying to get rid of as many of these yes-its-“sub-$5”-but-do-I-really-need-it ones).

After this “space noise”, I discovered “engine noise”, which comes in a huge variety as well:

This is why I don’t think I can live without Youtube (deadly serious here).

I can find substitutes for Gmail, for Docs, even Google Search (DuckDuckGo has been my default on iPhone/iPad/MacBook for over two years now, I use gmail but primarily through MailMate, and I really only use Docs at work).

When it comes to Youtube, I go the opposite way: I’m willing to pay some token amount — beacuse I’d listen to engine noise without advertisements 😁

I’ve always been prone to trying out new apps in the note-taking, information-herding, organizing, brain-storming, storing-and-finding space, not because I like shiny new things (I used to like shiny new things earlier, I don’t any more, I really don’t …), but because I’m always looking for that one thing that will magically “improve my flow”, help me write better, help me think better.

I had checked out Notion earlier, like I checked out a bunch of other things, but I think I didn’t give myself enough time with it, or perhaps I read too many reviews of what other people thought about it.

I tried it again recently, and I’m hooked. This is not just practically useful (in many, many, many ways), but also very satisfying in the sense of “I’m glad someone is doing this!”

As someone who’s also prone to wallowing in the “how did all the magic of the 60s and 70s come to this?”, I think this is a tool in the great tradition of Hypercard, of Xanadu, of Mindstorms, of the early intentions of Smalltalk, and of the legendary “mother of all demos” itself.

(As a minor aside, the only other such tool is Tinderbox, but that suffers to some extent from a lack of evangelism, and perhaps more from a lack of cross-platform-ness).

It’s not there yet (I understand the necessity of having an Electron app, but I’ll patiently sign up for the personal plan and wait a few years for the native app), but it has made its place as a tool to think.

(I expect I’ll have much more to say about this, over the next year)

Somehow, a lot of interesting stuff this month:

Anyway, I know what it is to look at functionality and duplicate it elsewhere.  It CAN be done.  I am not saying it can’t.  What I’m saying is that it has not been done, and it’s a crying shame.  Few people even know there ever WAS a lisp machine, and those who do are mostly not rich enough personally to invest the time to duplicate what was there. Many people spent a big chunk of their lives investing in this dream and it didn’t pan out quite as we wish.  Ok.  Sometimes other events win out–not always  even for the right reasons. Or at least for the reasons you wish.  But don’t add insult to injury to say that the losers in battles such as these had nothing to offer.

Common Lisp beat out Interlisp, and maybe for good reasons but it doesn’t mean Interlisp had nothing to offer–some very good ideas got lost in the shuffle and I don’t pretend that Common Lisp just obviously had a better way.  Java is going to beat out Smalltalk perhaps, but that doesn’t mean Java is better than Smalltalk.  We owe it to the losers in these little
skirmishes to make sure that, if nothing else, the good ideas are not lost along with the framework.  And we do not accomplish that by defining that there was nothing lost. That’s both callous to those who worked hard on these other things and short-sighted to the future, which might one
day care about the things that got lost.

Been using Tinderbox, in fits and starts, for a bit over a year now. I use it for all sorts of different stuff and the crazy bit is that I haven’t even scratched the surface,

I’ve used it for daily writing, for brainstorming, for just taking notes, and slowly but steadily trying on more of its feature set. The above shows an adornment for each day, with notes on them, and “task notes” outside, with todo/done states (based on a simple boolean done attribute), both of which are based on prototypes. The entire bunch is part of a composite within the main doc (yes, there’s a bit of vocabulary in the beginning).

The closest parallel I can think of, in a meta-sense, is Emacs — in the sense that it seems to have a huge learning curve and seems a bit useless at the outset, and unsophisticated, compared to a dozen other better-looking, niche tools.

And yet, both are completely programmable. You can define simple rules for the color of a note (as above, toggling between red and green based on a checkbox I added), or more complicated agents that gather notes based on arbitrary criteria.

It’s hard to even make a case for using it — though The Tinderbox Way is the closest I’ve found so far. I’d strongly recommend, on a day when you feel you have an especially open mind, to giving the free trial a try out. 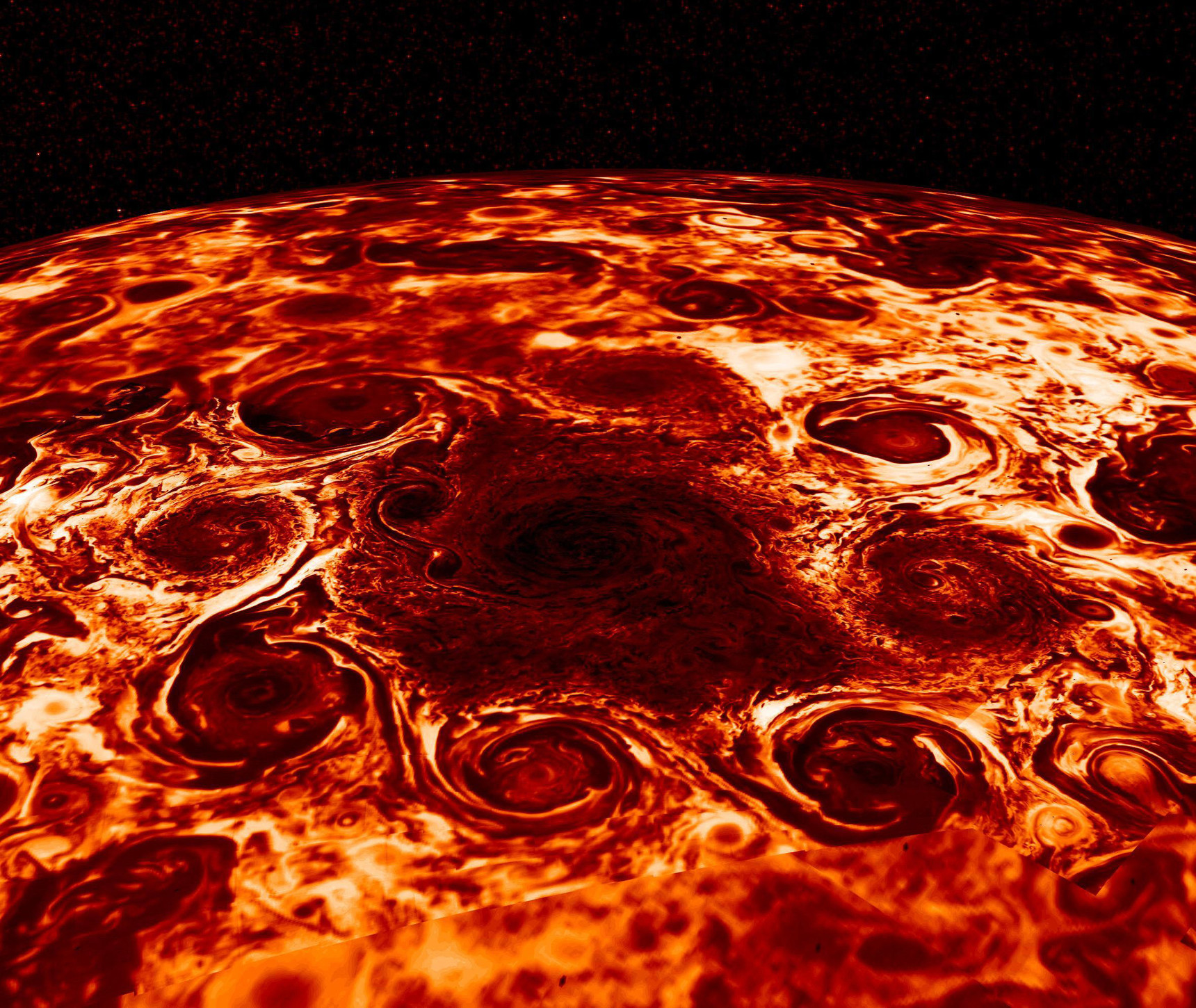 Interesting stuff from last month (not a lot?):

I’ve slowly standardized on a few apps I use all the time; I was talking to someone about this and realized it might be generally useful to someone else (if nothing else, to save a few years of looking around).

I still check out new apps from time to time, but I almost never feel like anything else offers something that I’m missing.

Going back five to ten years, there were always things I wanted to do and tried various tools over time to fill that need, but couldn’t find anything that really stuck, so I’m quite happy that I found tools that have become invaluable over the last two years.

I journal all the time, every day, and can’t imagine ever going back. The way I use this is a bit like “a Facebook account for myself” (yes, I’m not active on Facebook). It’s on my laptop, and on my phone, so there’s never an excuse for not doing it.

It’s a simple concept, but a really good idea. I often find myself wondering, when I write my “end of day entry” what exactly I did that day, so just forcing myself to recollect gives me a better sense of how I spent my time.

What really made a bigger difference was adding a weekly, monthly and even quarterly journalling period, but that can wait for later; just writing something down at all makes a huge difference!

Finding stuff is hard. In the beginning I tried saving stuff in email, sending myself an attachment. Then I tried putting everything in Drive, or Dropbox. Then I tried making a nice file “hierarchy” to organize stuff.

You can survive without a tool for this, but being able to instantly look up what you need, and instantly capture new stuff for later, is a whole another experience.

(In case you’re curious, I did use Evernote for this in the past, but I’ll have to talk separately about why it wasn’t good enough for me. Yes, I even tried the paid subscription.)

I have trouble remembering stuff. I know I’m not alone in this, but I have a worse time of it than most.

I started with plain old Reminders, ended up at Wunderlist (which was almost good enough). In the middle I even tried Trello (and Asana) but that was just not my use case at all.

Again, nothing special, just normal stuff: working on taxes, getting a picture framed, getting a car wash. Some things you need to do are routine things and things, others are “mini-projects”, some things can be done this week, some have to be postponed, some can be done at home, some need a shopping trip … and you don’t want to see one big bag of everything either, you want to see little bits of the whole picture at at time — Omnifocus helps me do all of this.

Finally, yes, I know Things exists, it’s cool, but I’ve seen screenshots of the OmniFocus version coming out later this year and it looks quite promising. Still, if you use nothing right now, just pick any one of the two.

I wanted to stick to a “top three list” here, but there are other apps I use too. There are also past alternatives that, for one reason or another, didn’t quite work out, and it might be worth mentioning them all later.

But just as a “basic starter kit”, these three are invaluable. I spent years figuring out the right mix for me, and my life would be miserable without these tools to rely on.